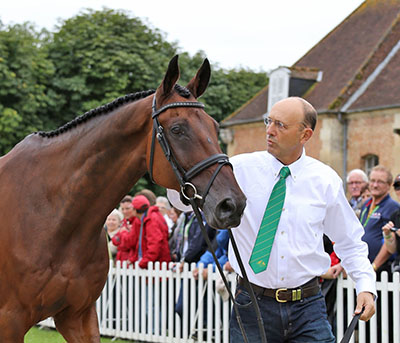 It is with a heavy heart that we sadly have to announce the retirement of Alfie (Shannondale Titan) owned by the Prentice family. We’ve been lucky enough to have him in our lives for the best part of 10 years here at Team Levett.

He is best known for his success in the Event Rider Masters series which he has consistently appeared in since the series began in 2016 and which he currently jointly leads having appeared in all legs to date in 2019. However his career has many other highlights, starting as a young horse winning the 4 year old championships when he was ridden by Gemma Hall who produced him beautifully as a young horse. He went on to have a lot of success at Advanced level on both the one day circuit and at three day events including winning Saumur CCI****L in 2013 and completing Badminton in 2014 and participating at WEG in 2014 in France.

The Prentice family have been huge supporters of eventing and of myself and Team Levett and it is a sad moment for us all. We would all dearly have loved for a fairy tale ending at Ligniere in a few weeks time, but sadly it is not meant to be. Alfie has other plans and is currently enjoying the sunshine on his back and feasting on a field full of grass oblivious to the heartache!