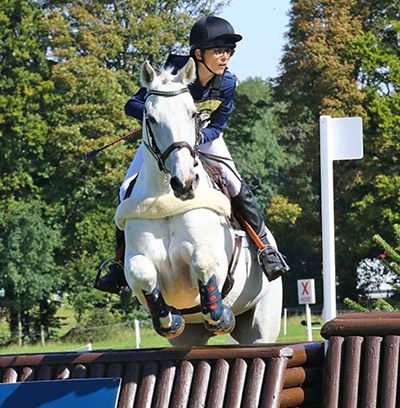 Busy day at Oasby – with a super early start we headed off with a feeling of trepidation as we had so much rain in the lead up to today. It was with amazement we turned up to see no lorries needed towing on to the site and the ground for all 3 phases was really good.

The day started off with Josh and Smarty and they put together a lovely test in the Open Novice under18 section, scoring 26 and second place. Showjumping they jumped a super round and were unlucky to have the last fence down. Cross country Smarty was a legend, jumping a super clear.

It was another full on day for me with 5 intermediates – we were definitely the last ones to leave the lorry park tonight.

Stan put his best foot forward again with a lovely test and also a great cross country round. Showjumping we had a missed communication which cost him a win but he still managed a creditable 3rd in his section.

Bart continues to improve and he came 3rd in his section with a great cross country and showjumping, and an improved dressage.

Unfortunately Digby hit the dust. To be fair to Digby, it wasn’t his fault and I hold my hand up as I put him on a bad stride – it was very difficult for him to jump himself out of trouble, such a shame for Digby as he is giving me a better feel in all 3 phases.

Bert also had a good day at the office: a good dressage, solid show jumping round with just an unlucky pole rolled, and then he skipped around the cross country with the hand break on as he is returning from some time off.

The last horse to mention is Quinn and, a bit like Bart, his dressage was improved from last time and he did a nice clear round in the showjumping but because he has been going so well XC Jenny and I felt we didn’t need to run him this weekend – a bit of a shame as he was placed 1st or 2nd after showjumping.

Thanks to Stuart Buntine and his team as so many places won’t be able to run due to the rain we have had, but Oasby is one of those places that with a dry day it’s amazing how the ground can go from wet to good.

One more weekend to go, 2 more events and the 2019 season will be finished !