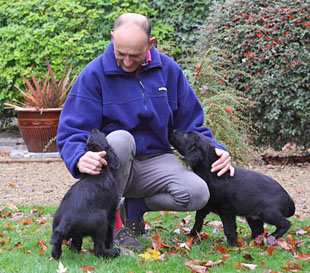 We’ve got an end of season party for our owners and supporters coming up this weekend so I’ve been trying (or rather Jenny has) to get organised for that. I’m looking forward to getting as many of the contributors to Team Levett together as possible to say a big thank you as my job might appear to be a ‘solo’ sport but in reality it is very much a team effort on every front.

Over the last week we have also had the opportunity to catch up with friends and family which doesn’t happen as much as it should during the season. We had a really enjoyable night down at Sam and Lucy (Griffiths); they have a great place in Dorset which they have been slowly doing up and it is fast becoming a fantastic facility. The house is beautiful, Lucy has great taste and style and the property has some great barns on it which they’ve been able to put to good use with horse facilities – it’s great to see them developing such a cracking place, they deserve it. We also had the chance to catch up with Cinda and Clayton (Fredericks) at Sam and Lucy’s before they headed off on their respective travels for teaching in various far flung places around the world. Their hectic schedules make me dizzy just listening to them as they travel so much with their teaching – but I guess it’s good to make hay while the sun shines and they have a great brand from their respective performances and so are much in demand.

I was also lucky enough to go to the rugby on Saturday with an old friend who has a debenture. It was a great day out which I’d been really looking forward to – until the game got underway and Australia got a hammering! The less said the better, although my phone has been beeping with all of the texts ribbing me about the result. Just wait until the Ashes start everyone…

Closer to home it’s great to be able to do ‘normal’ family things as a family and to spend more time with the kids and now our extended family with the addition of Byron and Bay – they are such time wasters. On the horse front Coco is now home and it’s nice to have him back. He looks and feels well – his break with the Kemps was the first time he’d left this place since he came to us as a four year old so it was odd not having him around, but I’m sure the complete mental break in a new surrounding will have done him good and it was nice for Gerry and Mary to get to know him a bit better.

I’ve been bringing along a couple of young horses, Dotty and Minty, teaching them to jump which has been fun. Sadly their first cross country school has been postponed until this week as the end of last week, in monsoon conditions, I didn’t feel was really the best of circumstances for a first go at water, a little ditch and a step – the usual things I do in a first cross country schooling outing.

On the staff front today was Julia’s last day; she has decided to head home to Canada for a break before returning to hopefully take up a job in London and pursue horses as a hobby. The other girls are all either about to go off or shortly return from their holidays – at this time of year they each have a chunk of time (three weeks) off to recharge their batteries which works well. For those that are still here there are show jumping and cross country schooling outings to look forward to along with ‘Bill’s breakfast briefings’ where I get to catch up on the yard gossip and discuss the plan for the week, and the girls get to laugh at the latest creation I’ve conjured up for breakfast and generally pull my leg something rotten as I’m outnumbered by both age and gender so all in all generally outwitted.