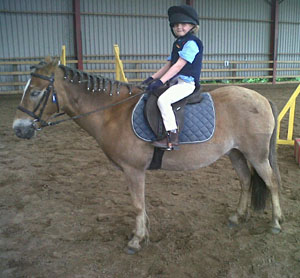 It’s been a rather more eventful weekend at Aston than I would have liked.

Saturday went well with Alex and Moose doing the Novice and Jenny and Mac tackling their first Novice. Nigel had again excelled himself with the ground and in presenting an educational and flowing course suitable for a first timer.

I was really pleased with both Alex and Moose; neither were in the money but both went well. Alex did a nice test marred by a few green spooks at the large letters designating which arena for which section – just a young horse thing. Parts of the test were very nice. He then jumped a relaxed show jumping round and felt very confident, just tipping one pole which was a shame as otherwise it was a lovely round. He also went well cross country, I took him steadily and he took it all in his stride. The plan remains to give him experience without putting him physically under pressure.

Moose was having his last run before Houghton Hall and I thought he did a nice test, but clearly the judge felt differently! He then rolled one pole which was pleasing after our last outing. We’ve worked hard on the show jumping and it’s improving. It will always be his weakest phase but it’s better than it was. I then let him run on across country with Houghton in mind and he went well, much less fussy in my hand in coming back to me at the fences – so another pleasing result.

On Sunday I returned with Minty and Darian and Thea. Minty is still green, she’s a sharp mare and so will need this season to settle and get to know her job, but once she’s settled she will do well as she’s got the necessary jump, athleticism and blood to gallop. She did an OK dressage, a little more relaxed than last time out, she then rolled a couple of show jumps as she was so busy looking at everything going on around her including the camera man! I’m not concerned as she has a cracking jump, it’s just a young green horse thing. She then went around the cross country well in parts and green in others. There were some bright white rugby balls and posts off a sharp turn after a galloping stretch and it took all my experience to get her over those as she thought they were rather spooky and frightening – it was a rather spooky fence, tucked in the corner of a field for a young horse.

The eventful part of the weekend was the girls! Darian managed to have a rather heavy fall on Clover at the 4th fence on the cross country. I didn’t see it but she was lucky as the horse rolled on her – thankfully she and horse seem OK apart from some heavy bruising. It was a straightforward looking chair fence, I think from what I can tell they had a difference of opinion on the take off spot and the horse hit the fence. Thankfully they will both be OK, learn from it and importantly we all have days like this – it’s just one of those things, important to learn from but not to over analyse or dwell on.

Thea was then well placed to redeem Team Levett on a competitive dressage and clear show jumping, but she then had a moment of madness and somehow jumped the novice fence in to the second water, missing the BE100 flags – we’ve all done it but I was still gutted for her.

The best performance of the weekend goes to Ursula Levett who, aged 6, on a borrowed pony managed to jump 4 clear rounds out of 6 on Fudge – and she’s very pleased with herself! Go Urssie!!

It’s been a hectic few days (as always) but more than ever as on top of competing I’ve been riding all of the horses at home and making the finishing touches to the three day horses preparations.

I took Coco to Aston on Sunday evening to school over some of the intermediate cross country fences -, I just wanted to pop him in and out of the water and jump a few of the accuracy questions to be sure he is ‘in the groove’. I’m off to the gallops today and riding at home and then we leave for Saumur late tonight. I shall keep you informed on our French adventure.