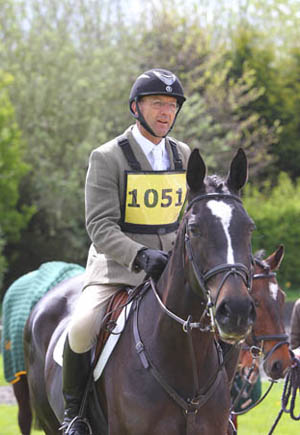 I’ve had a nice weekend of some work and some time off with family. Yesterday we had a lovely day out with our extended English family in Bristol watching the Lion King. The London cast are on tour and it was a magical show – both the singing and the staging were fantastic and the kids loved it – they sat still, captivated by it, for two and a half hours (no mean feat in our household)!

We then stayed overnight in Bristol with Jenny’s sister before I headed to Calmsden this morning where I met Mel, who had driven the lorry, and the girls (Mary and Hannah) who were competing, along with Dotty who I was riding. I had decided to withdraw Crunchie as he’d gone so well at Pulborough on Friday in the Novice, I feel he didn’t need a confidence giving run at BE100 as he’s very happy at Novice level which is really pleasing.

Dotty went well and was unlucky to role a pole before jumping a lovely cross country round. I am excited about riding her next year at Novice. In many ways she’s very mature for her years – she loves to compete and especially to jump! She will have some focussed dressage work between now and Christmas and then go home for a good break before she prepares for the 2013 season. I’m frustrated that with all the cancellations she never got to have her day at the 5 Year Old Championships but her day I’m sure will come.

Tomorrow night I head to Boekelo with Ricky which I’m looking forward to. Jenny and the team will hold the fort at home with the final preparations of Hipp and Alex for Pau and Le Lion respectively.