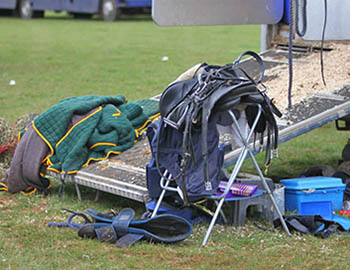 Not quite the fairy tale ending I was hoping for……

I’m heading home early after the last day of Gatcombe. Silks sadly had three down in the showjumping, which was a real shame because he had jumped a nice round until the latter part of the course where he had rails down. I am perplexed as to why – it was just ‘one of those rounds’ and I will have to put it behind us as he is usually such a good show jumper.

We took the view best not to run him cross country as there was no real value in that. So as I said an early trip home, just enough time to give Alfie a gallop in the cool of the afternoon.

The rain was really helpful this weekend just taking the sting out of the ground. Let’s hope Hartpury is the same.