Aston – The Last Soggy Leg And A Win For Sparkles! 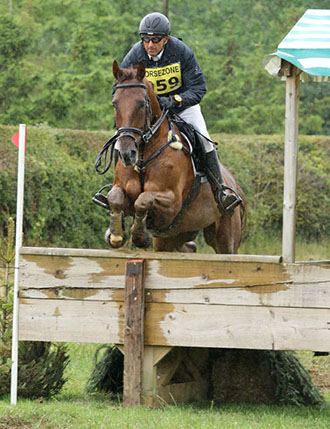 Despite it being a soggy day it’s been a win for me today with Sparkles!

It might have been wet at Aston, but I am not complaining as the ground was really good again on the cross country. It was intermediate day today and it was left to Sparkles and Ziggy to strutt their stuff.

Both did really competitive dressage tests which is very satisfying, both seem to be still improving in this phase which is great.

Today was the first time Ziggy gave me the feeling of really relaxing over a lot of his show jump fences; he was still a bit strong in between a few but he continues to improve in all three phases and the next couple of months will be intriguing (watch this space).

Sparkles continues to give me his all in both the show jumping and cross country; today was no exception. He jumped a lovely clear show jumping and because the ground was good and the other two phases had gone well I let him go cross country and he was fab, listening to me very quickly at the jumps and really feeling athletic. At the end of the class he was in the lead, and well deserved.

The new arenas at Aston are great, but I’m very glad Nigel and Anne did not decide to jump in them as by the end of the 3 days they were riding a bit deep even for dressage. But what a place they have created, well done to them.

Hopefully all the boys and girls will come out of this weekend well and on to all their different autumn goals.

Tomorrow will be a sad day as I say goodbye to my mum and dad, as they wing their way back to Oz. The six weeks have flown by, I so appreciate their effort to come and see us all each year as they are both in their 80s.