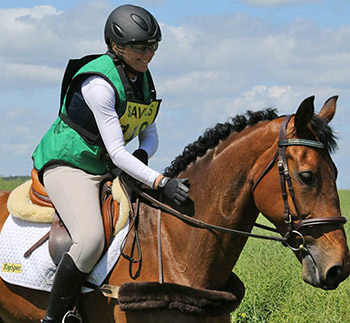 It’s been another full week at Team Levett, with lots going on.

Womble, Alex, Ziggy and Alfie are all upping their fitness work in preparation for their autumn three day event goals while continuing with ongoing dressage and show jumping outings. The other ‘grown ups’, Sparkles, Natty, and Dotty, are all consolidating their training, going out show jumping and maintaining their fitness ahead of their autumn goals and also targets for next spring. Producing an event horse requires both a daily, weekly, monthly, quarterly and annual plan – we are always planning at least twelve months ahead in terms of goals.

This week Jenny and I have also taken the kids show jumping and cross country at various points which has been fun. It’s been somewhat funny to see how competitive they are with themselves and, inevitably, each other and also to see the mannerisms they’ve inherited from Jenny and me – but particularly me in how they ride! Some would say frightening!

Poppy left us this week to take up her position as head girl to Austin but before we let her go we all went out bowling, and I’m disappointed to say I lost my bowling crown to Christena!!!

We’ve also had the pleasure of hosting a few competition winners from Verdo – Tina and Jo came yesterday and after a journey fraught with road works and traffic delays I hope they felt that their lessons and all the chatting meant it was worth while.

Today we’ve been at Calmsden and the venue worked well at its new August date; this is an addition to the calendar to their autumn date. They had tried hard with the ground and the cross country going was very good for the time of year and much appreciated. It’s a good track for a young horse or inexperienced rider to ride around as there are a lot of undulations and it’s important to learn how to travel at speed up and down hill and to fences on undulations.

It was an educational day – one combination turning back up the hill after travelling down hill without a fence seemed to catch a lot of riders/horses out as either people were coming in under powered or some of the younger horses were struggling to get their eye on the total question, two skinnies in an undulating piece of ground after having travelled for a while with no fence and lots of galloping down hill on the forehand. Clever fence positioning – which is helpful.

Tonto was very relaxed in the cross country and felt ready for his next run at Novice. He got a little unsettled in the show jumping – I was ready and then they had a course walk and the wait seemed to unsettle him despite jumping another fence before I went in. But it’s good for him to experience all of these different scenarios as part of his education.

Dylan was having a cheeky day; he was argumentative in the dressage warm up and then jumped a good clear show jumping but was cheeky cross country, ducking out at two fences – including the second part of the combination I described above.

Cassie and Ricky, who Jenny was riding, both went like old pros and looked after her, giving her a nice day out with the kids in tow. Big thanks to by home team and Emily/Laura at the event and also to the event organisers and scorers for making it all run smoothly as I then shot off after riding Tonto and Dylan to give a clinic from Lyneham Heath in the afternoon. Everyone seemed to have a good time at the clinic, get something out of it and enjoy the facilities at Lyneham, so a productive end to a productive week.