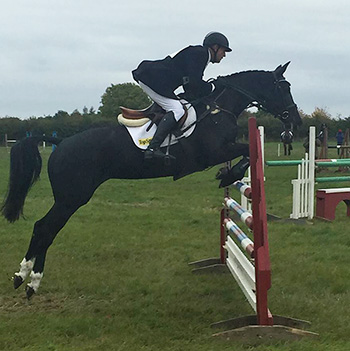 Well, it’s officially happened. The end of the 2015 season has finally arrived. That is, the English version. I have one little appointment in France before finishing for the year.

Today saw Dylan, Natty and Thurman at Oasby. Although it was a little brisk, it turned out to be a beautiful eventing day. Not too hot but dry. Dylan was doing a novice and although he had a little blip cross country he remained penalty free. He completed another novice successfully which is a feather in his cap.

Thurman continued his success with another double clear, coming 5th in his section. He really is a gentleman, trying his best in everything that you ask him. Today’s prize for the most improved has to go to Natty, winning her open intermediate section and giving me the best feeling cross country in terms of her willingness to listen and her adjustability.

I was really pleased for Ingrid and Edward, her owners, as they have been patient and are allowing me to spend the winter improving her flatwork before going to do advanced and maybe 3* next year. It was an even more appropriate win because Edward is Vice Chancellor at Nottingham Trent University, who were sponsors of the OI – just a shame he wasn’t there to see it because it was a University Open Day.

The courses at Oasby were not overly technical and the team had worked very hard aerating the track. They are just the sort of courses that are encouraging and that are nice to step up a level or equally finish a horse off with a good run at the end of the season. And whatever the weather, you do seem to get decent ground so it’s well worth the nearly 3 hour trip to get there.

So all in all, a nice days work and very satisfying for my supportive owners.

Posted 17th October – photo of the girls at Oasby