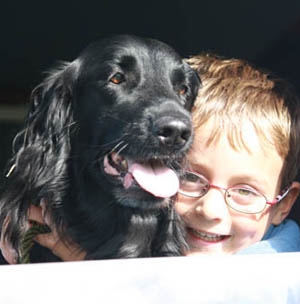 Today has been a day to forget, Mally our beloved dog died today out of the blue, just dropped down dead after struggling to breathe mid morning.  She was a very special dog a wedding present when we got married from a dear friend of Jenny’s and still young (10). Her death made no sense so Jenny insisted we get a post mortem which I organised this afternoon and to cut a long story short she has had a rare (what does it matter) allergic reaction/asthma attack through  breathing something in – the new rubber layer that went on our school today. Gutted.

We’ve been having our school resurfaced over the last couple of weeks with more sand, clopuff and rubber and it was finished today with the final layer of rubber. Just after the rubber was added today Mally was out along with Dangar having a wander/walk around and shortly after had an ‘attack’ and dropped down dead. Vets know she had an allergic reaction to something she breathed in and they think it was the rubber that was delivered and spread today.