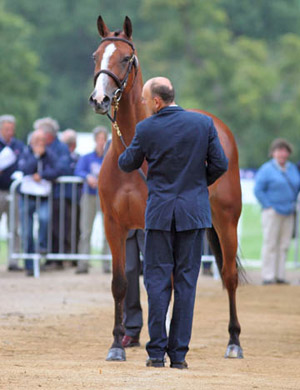 Today has been a good day at Blenheim. Harry and Coco both did their trot up and passed which is always a relief, even though I had no anxieties you still are always glad when this bit is out of the way. Ricky doesn’t trot up until Friday after his dressage.

Unfortunately the Australians only have four horse/rider combinations rather than five for the team competition, a long story but the way it is. So the pressure will be on for all to complete and to stay ahead of the Japanese which we need to do if we are to gain Olympic qualification.

I’ve had one walk around the cross country the course. On first walk it seems big but fair and the ground is good. The optimum time is 10.28.

More on the course tomorrow, for now I’m going to focus on the dressage tomorrow morning.