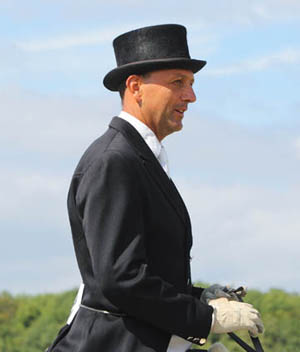 Well it’s been a busy day doing dressage here. In short Hipp is lying in 10th place and Coco in 4th place after the dressage – rather annoyingly Clayton fills the top three places with his horses. Never mind. I am disappointed not to be doing a four star test as I feel I would have got similar marks and quality of work if the test had been a four star but I’ve promised no more whinging about Badminton so I will move on!

Hipp did some good canter work, he was a little tense in the trot and had a hind foot out in two of the halts which was frustrating – he also had quite a disparity of marks but never mind! Coco did a smooth test, it was one of those when you almost feel like you’re riding it in slow motion. I was pretty pleased with the test but a bit disappointed with the score.