Tattersalls – Silks Into The Lead 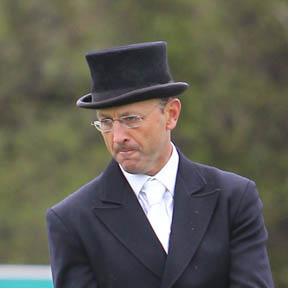 Today it was Silk Stone’s turn. He was last to go in the CIC3star dressage and he pulled off a good test despite being rather on the fresh side. I gave him a good work early this morning and then again before his test, however he was still feeling cheeky when I went in to the ring. He managed to hold it all together though and pulled off a score of 49, not his best score but still good enough to take the lead. There is more to come as he wasn’t on the aids in his changes but his halts were great along with much of the trot work.

Tomorrow is another day and I’ve spent most of the rest of today walking the 1, 2 and 3 star tracks ahead of that. It will be a long day tomorrow, with cross country running from 8.30am – 8pm but hopefully it will produce a good day’s sport.